The 13 Scariest Haunted Houses In America! 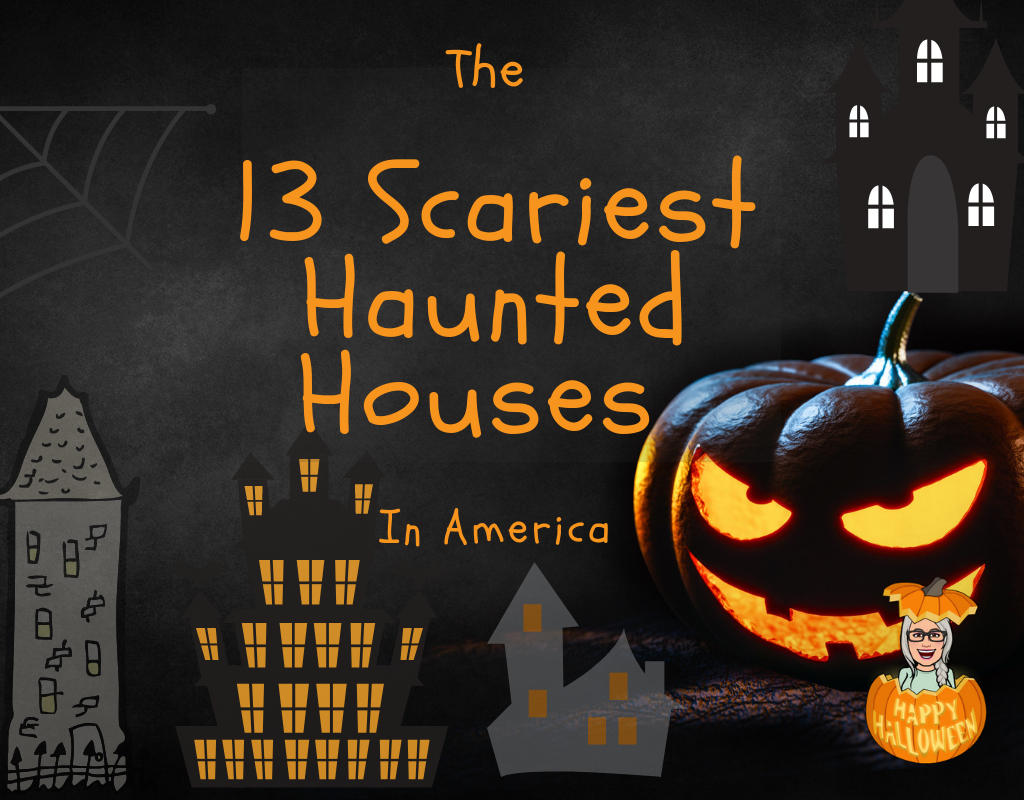 Read on if you dare…😱

What took place inside this Long Island estate is so chilling, it inspired a book and multiple films. In 1974, six members of the DeFeo family were found shot to death inside this stately home. Ronald DeFeo Jr., 23 at the time of the brutal killings, was later convicted of murdering his parents and four siblings.

Though the home sold a year after the grisly killings, the new owners quickly moved out citing unusual odors, sudden, unexplainable cold drafts, and a ghost that appeared to be half-demon-half pig.

This otherwise-attractive plantation in St. Francisville, Louisiana is considered to be “one of the most haunted houses in America.” Since it was built in 1797, the sprawling southern estate has been home to multiple owners as well as countless deaths and murders.

Today, visitors have an opportunity to take a day or evening tour, or even stay over at the bed and breakfast for a chance to sample a side of the occult with their coffee and pastries. Legend has it that in addition to ghost sightings, a grand piano has been known to play sans musician, and furniture has rearranged itself. Definitely intriguing.

Located in Salem, Massachusetts, one of the most haunted locales in the United States, the Joshua Ward House has earned a reputation for inhabiting the spirit of none other than George Corwin, the High Sheriff during the Salem Witch Trials. Corwin, aka “the Strangler,” is said to be responsible for the gruesome killings of more than a dozen men and women he suspected of practicing witchcraft. Legend has it, Corwin’s body was buried in the basement of the three-story Federal style brick house.

Visitors say Corwin and the ghost of one of the warlocks he killed at this location haunt this home.

New Orleans’ French Quarter is home to the LaLaurie Mansion, where a socially prominent couple, Dr. Louis and Delphine LaLaurie, lived with their daughters during the 1830s. It was inside this three-story Creole mansion that Delphine reportedly tortured slaves, causing one to jump to her death.

The house, which was owned by actor Nicolas Cage from 2007 to 2009, is said to be haunted by screams of terror emanating from the ghosts of Delphine’s slaves.

If this tale sounds familiar it may be because it was popularized in the TV show “American Horror Story: Coven.”

Life magazine named the St. Louis-based Lemp Mansion one of the America’s most haunted houses in 1980. Built in the 1860s, it was the home of brewing magnates who had a history of suicide in the family. In fact, three are said to have died inside the home, which currently houses a restaurant where murder mystery dinner theater takes place. Paranormal tours are offered as well.

This Queen Anne-style Victorian is known as the most haunted home in Ohio. While he lived there, Hans Tiedermann, a German immigrant, lost multiple children under mysterious circumstances. Despite the charm of the exterior, the Cleveland-based home is said to be filled with spirits.

Located in Falls River, Massachusetts, the Lizzie Borden house is where, in 1892, Borden was believed to have murdered her father and step-mother with an axe in their home. Though she was acquitted, Borden was never able to shake her reputation as a cold-blooded killer.

Those who are brave enough can visit this home, now a bed and breakfast, and stay in the room where the couple slept or the room where Borden’s step-mother was found after the grisly murder.

By Thomas Altfather Good (Original Work) [GFDL or CC BY-SA 4.0-3.0-2.5-2.0-1.0], via Wikimedia Commons
This Staten Island, New York home has been the site of multiple deaths, including a suicide and a murder. The otherwise-charming Victorian is said to be haunted by the spirits of those who died within its confines. Despite its history, the home, set on five acres, was listed at $9.5 million in 2016. Ghosts included.

This Bucks County, Pennsylvania inn reportedly receives frequent visits from its most famous ghost, Emily, the daughter of a previous owner, who lived in room 6 and died in that very room as well.

Capitalizing on its haunted history, the inn hosts monthly dinners featuring a medium who delivers messages from beyond. Intrepid guests can spend the weekend and even sleep in room 6 where visitors have noted the scent of smoke, which could be attributed to the military men who once stayed there during the 1700s, and flowers, a favorite decoration of Emily’s.

Filled with dark passages and spider web windows, this home in San Jose, California has had millions of visitors pass through its spooky hallways. Guests can take part in a Friday the 13th flashlight tour or a Halloween candlelight tour and see if they discover any of the phenomenons that have made the house infamous with mystery lovers and fans of unique architecture alike.

This Old Town San Diego-based home is said to be among the most haunted in the U.S. as it’s the site where a northern criminal named Jim Robinson was hanged. To this day, he’s said to haunt the home, which you can tour — if you’re feeling brave.

Known for its innovative architecture and beautiful but haunted spiral staircase, the Octagon Museum in Washington D.C. is said to be haunted by at least two ghosts. One is believed to be Dolly Madison, while the other is the daughter of a colonel who fought with her father about her love for a British soldier and fell to her death in that famous staircase.

Located in New Albany, Indiana, this stunning mansion will have you swooning over that Mansard roof, but what lurks inside? Well, for starters, there’s an occupied coffin in the cellar. Creeped out yet? Even scarier, lightning struck the property’s carriage house in the 1880s, killing everyone inside. Those who lost their lives are said to haunt the place ever since.

Looking for a not so scary home? Reach out me!

5 Decluttering Tips To Get Your Home Ready For Holiday Visitors 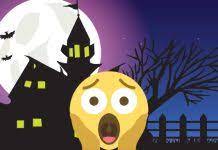 Sometimes the scariest thing in the job of a real estate agent isn’t a mile long inspection report detailing foundation issues, or seeing your buyer pull up in a new car before their mortgage is approved. From the just plain weird to the downright freaky, the crazy situations agents find themselves in would surprise anyone who hasn’t been in the biz. Below is a curated list of stories from fellow real estate agents who dared to share the spookiest, creepiest things they’ve come across when out listing and selling homes. Some can probably be explained away, while others are just downright funny…and a few will leave you scratching your head and wondering about the existence of “the other side”…
Continue reading
by DeDe Forwood 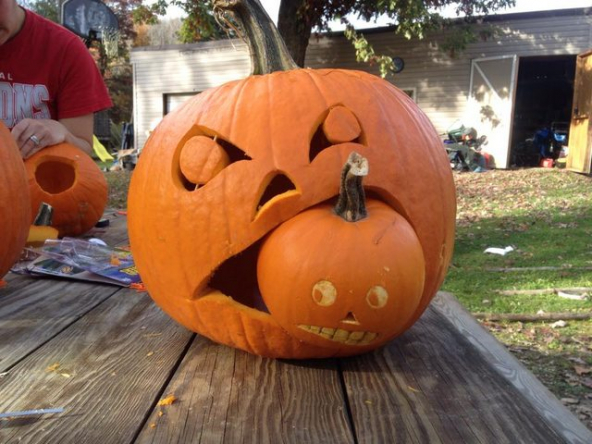 24 Super Creative Jack-O’-Lantern Ideas You Should Try This Halloween It’s that time again. Soon, the cutest ghouls and goblins will be prancing from door to door asking for tricks or treats. Here’s some inspiration to make your carvings stand out from the rest!
Continue reading
by DeDe Forwood

6 Ways to Protect Your Home (& Trick-or-Treaters) This Halloween

From spooky decor to candy galore, the Halloween season is meant to be a fun and festive time for...
Continue reading
by DeDe Forwood 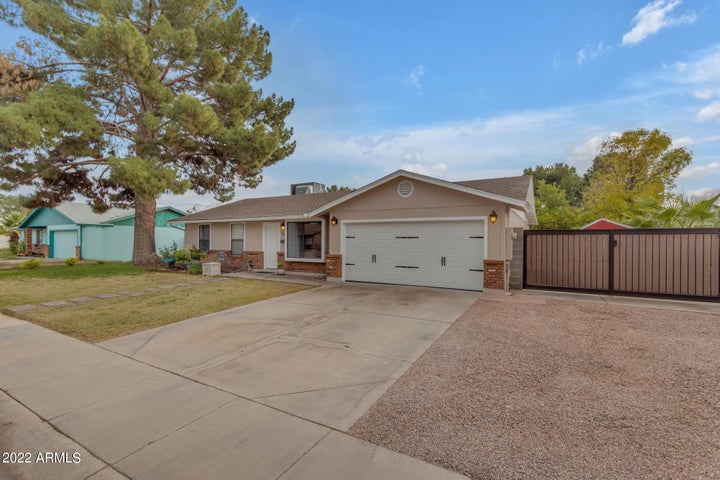